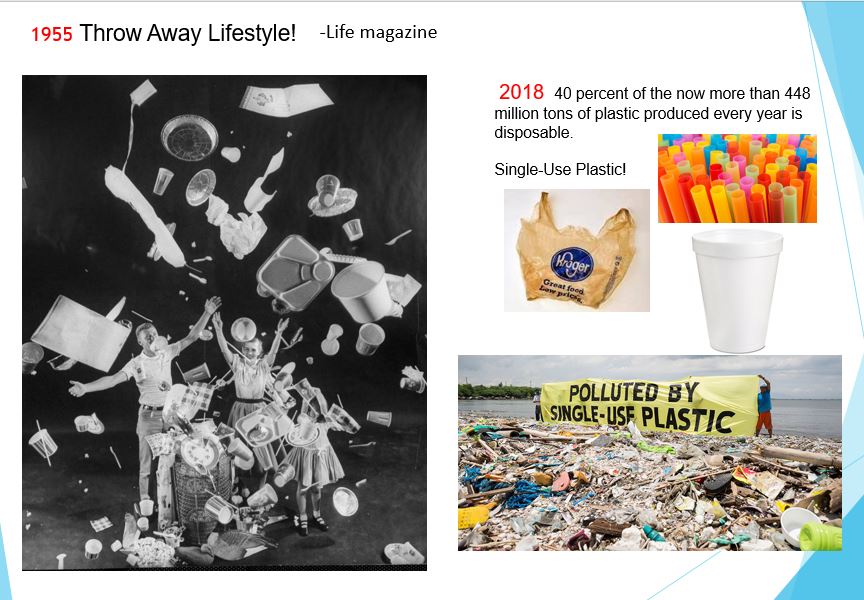 On October 3, 2018, WVU’s Charleston branch of Osha’s Lifelong Learning Institutes (OLLI) invited Lee Ann Grogg of the City’s Stormwater Department and Tomi Bergstrom with the WV DEP to presented a lecture on the History of Plastics.  We learned a lot in our combined research efforts, including what drove plastic to be invented, its importance in WWII, the amazing advances it provided in manufacturing & medicine and how its single-use form is killing our global environment. 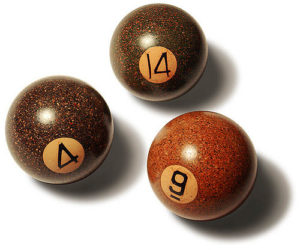 In 1868 John Wesley Hyatt answered a call to create an alternative substance to ivory for billiard balls.  For a $10,000 prize, Hyatt discovered celluloid, a partially synthetic plastic.

When World War II began, the use of plastic for advantages in war became evident and plastic production and further research reached an all time high. 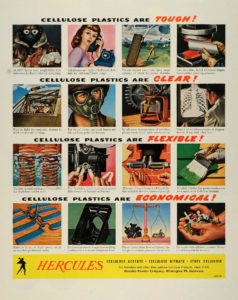 National Geographic’s June edition titled Planet or Plastic? has an in depth chronology of the journey of plastic and its present impact in our world.  You can read it by following this link:   https://www.nationalgeographic.com/magazine/2018/06/plastic-planet-waste-pollution-trash-crisis/?user.testname=none 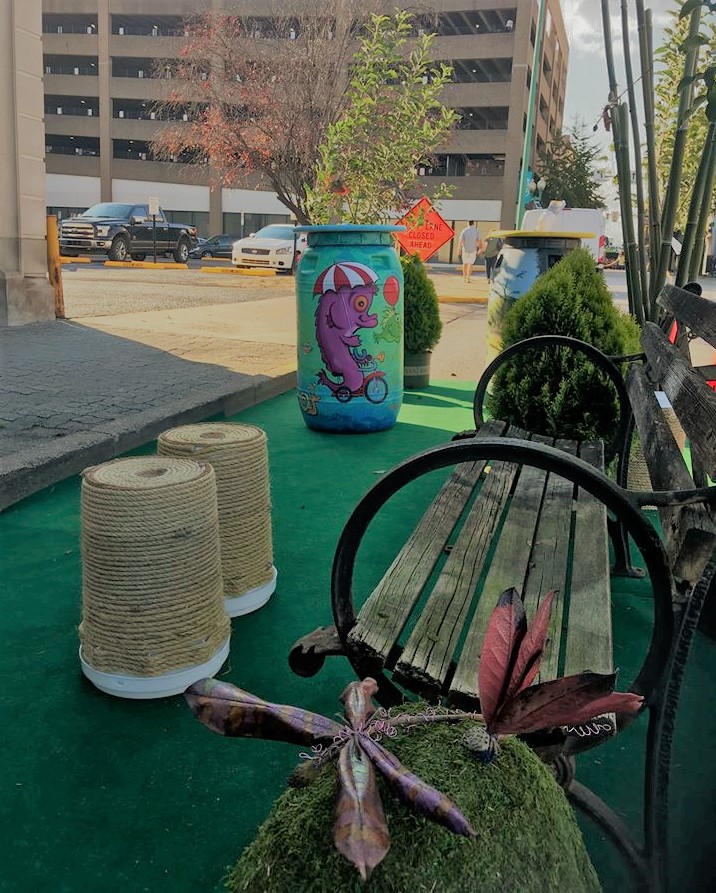 During Charleston’s first PARK(ing) Day, the Stormwater Department brought Green Infrastructure into our parking space.  The mission of PARK(ing) Day is to call attention to the need for more open urban spaces, green spaces, and people spaces.  Our space showcased types of green infrastructure that can be used in residential, commercial and municipal settings.  Rain chains and rain barrels for rain water harvesting, indigenous plants and trees and an example of a miniature green roof.  As Charleston continues to grow and development, we strive to include green infrastructure with our existing systems for stormwater management and pollution prevention.